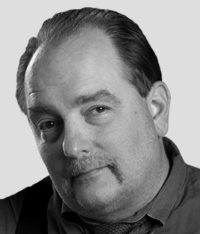 A winner of approximately two dozen journalism awards – including top honors from The Associated Press and the prestigious Society of American Business Editors and Writers (SABEW) – Bill has had his work featured in Kiplinger’s personal finance magazine, USA Today, and The South China Morning Post, among other publications

To find out more about Bill and his publications, click on the links below.
Bill Patalon
Private Briefing

Private Briefing is one of the most unique investment services we offer. First, it’s a labor of love for its founder, Bill Patalon, Money Map Press’ executive editor and highly renowned expert on contrarian investing. But what really makes his Private Briefing publication special is that it leverages the entire Money Map Press team of experts to share trends, breakthroughs and stock recommendations – five days a week. Every market day, you’ll get something new from Bill directly in your inbox – whether it’s investment research, a new strategy for playing the markets, or a fast-moving stock tip. Learn More

Money Morning is a free membership designed around the need to help investors like you profit on the ongoing massive shifts in the global economy. Join free and you’ll get Money Morning and all the actionable investment advice it contains every day. You’ll also receive a Member ID that’s tied to some exclusive benefits and deals available only to Members.

Enter your email to receive our free eletter Money Morning:

Love your newsletter. First trade after joining, I bought 2,000 shares of AMD March 28 for $5454.95 and sold on May 21 for a gain of $2061.88. Very happy with the profit. Thanks. — Margaret Wilson
I like Bill Patalon’s concept of skimming the cream off the milk of the other analysts at Money Map Press. I have turned a nice profit from Bill’s Private Briefing tips. — Frank Birsten
Read All Reviews