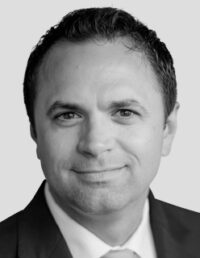 Mark Sebastian worked as options trader and market-maker on the Chicago Board of Options Exchange (CBOE) for nearly a decade.

He appears regularly on CNBC, Bloomberg TV, and Money Morning Live as an analyst and volatility expert.

During his time in the option pit, Mark pioneered a trading strategy so powerful, that during early-stage development in 2005, it produced exceptional gains of 14,400% in just three days.

Mark has shared this strategy with a small group of private coaching students, who recently had the chance to make top-performing gains of 200% in six days… 301% in one day… and 1,867% in five days.

Rigorous testing shows this breakthrough can deliver up to five chances to make money every week.

Each play has a maximum starting stake of $100, so just about anyone can get in the door.

But with targeted gains of 1,000% in 30 days or less, the profit potential is massive.

Wall Street insiders make these sort of trades every day. And Mark is not only going to show you how they do it-but how to beat them at their own game.

Mark Sebastian was fired from the CBOE for wanting to share his top trading strategy with the public – a strategy that handed him 14,400% in three days. Now, he’s turning his back on the financial establishment that created him – and giving you up to five trades a week with a buy-in of $1 or less… and the potential to cash out 1,000% in 30 days max. All you have to do is join the Profit Revolution. Learn More

There are more individual investors in the market than ever before – and it’s creating a new financial world. One where people like you can finally take the power from Wall Street… and start turning low-risk investments into triple-digit returns. In the Profit Takeover, Mark Sebastian will show you exactly how to use asymmetrical gains to put true financial power in your hands.

"Excellent insight from a former market maker at CBOE." — Robert Eastway
"275% in one day with $250 investment. I'm regaining the losses I made this year thanks to Mark!" — Daniel Bryant
Read All Reviews