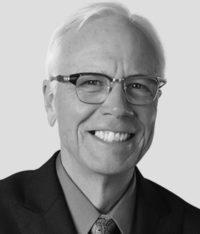 Reviews for Michael A. Robinson

To find out more about Michael and his publications, click on the links below.
Michael A. Robinson
Nova-X Report
Nexus-9 Network
Bio-Technology Profit Alliance

Michael A. Robinson Writes In:

Nova-X Report puts you directly in touch with high-tech research, analysis, stock picks, and strategies that can double, triple, even quadruple your retirement savings faster than any other sector on earth. It’s led by 35-year Silicon Valley insider Michael A. Robinson, who has uncovered nearly every major tech breakthrough since the personal computer, making a fortune for his readers in the process. The key to winning in tech investing is to ignore the hype, while pouncing only on companies that offer real growth. Michael shows you how to do this every month. Today, he’s following some of the most lucrative tech trends in history – including mobile technology, “Big Data,” the Cloud, biotechnology… and more. Each issue shows you exactly how to capitalize on these opportunities for the biggest gains… while safely protecting your retirement. Learn More

Right now, mind-blowing new technologies are hitting the market faster than ever before. These go way beyond simply new, or innovative, or even astounding. These are truly radical technologies. But, with a sector so broad as tech, you can’t just stop at technologies as a whole when searching for profit opportunities. When you whittle down the world into the nine distinct sub-sectors constituting the “best of the best,” you have the opportunity to truly create a fortune that could last a generation. And that’s what members of the Nexus-9 Network receive – everything from the artificially intelligent robotics world to next-generation biotechnology solutions. Learn More

Never in history have so many mind-blowing tech opportunities hit the market at once. But thanks to 35-year Silicon Valley insider Michael A. Robinson’s time-tested strategies, Strategic Tech Investor readers are gaining insight into the world’s most lucrative trends… and picking up winners like clockwork.

Closed out your recommendation in ARAY for a $2,500 profit on a $7,500 investment in less than a month. I will be a lifetime subscriber to your service! — James Terrell
I just finished cleaning out all the marginal so-called advisory firms, and making an active list of “advisers to follow” and YOU ARE ON TOP. Not only are many of your recommendations free, but your record of these is outstanding. Thank you for your clear, concise and meaningful advisories. — Ethan Zachs
Read All Reviews

Michael A. Robinson Writes In: