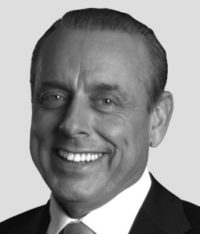 To find out more about Shah and his publications, click on the links below.
Shah Gilani
Money Map Report
Hyperdrive Portfolio
Extreme Profit Hunters

Money Map Report is the simplest way for investors to tap into all the world’s big, high-profit trends – well ahead of the crowd. Each month, Shah Gilani and his team of specialists spend hundreds of hours uncovering the most profitable breakthroughs and opportunities on earth. No country or sector is off-limits. For readers, that means stocks and funds to buy “on sale,” regular income opportunities, world-class research and analysis, ongoing portfolio guidance, and special alerts when it’s time to sell… and more. Learn More

Shah’s most notable strength is making predictions – from the death of retail and rise of e-commerce to Alibaba dominating and Microsoft doubling, Shah has called it all. And now, he’s tailoring his one-of-a-kind skill set to massive paradigm shifts where billions of dollars are on the move. In Hyperdrive Portfolio, Shah utilizes his ability to make predictions along with a unique set of tactics called “Profit Stacking” to help you maximize your profit potential on every single ground-breaking play. Learn More

We need to be blunt: Wall Street HATES the stocks we target in Extreme Profit Hunters. They’re blatantly ignored. The Street can’t make money from them, so they won’t say a word about them. But that’s what gives YOU an edge. Because these companies – under $5 per share – have the biggest profit potential. So if you know where to look and how to identify these companies, you’re practically entitled to the 10X, 50X, and rare and exceptional 100X these tiny companies can show. Learn More

Each week, Shah Gilani tracks the latest developments in trends. He names the little stocks with the most to gain, shows his readers the tactics to squeeze the most profit out of each trade, and shares his effective risk-slashing tools. Not only that, but Shah also helps his readers see through the onslaught of false narratives and purposefully over-hyped media stories in order to find the real story – and bank the profits from it.

The first thing I did this morning is reinvest part of my profits into a lifetime subscription... You made be a believer today! I turned $1,000 into $11,800 in just two weeks - this is amazing! — Gary D
OK, OK Now I'm a believer. Pitch me another one! — Max Kanvers
Read All Reviews