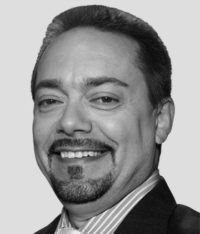 It’s a familiar story. But it jumpstarted Tom to do something different.

At Fast Fortune Club, I’m going to completely pull back the curtain and share ALL of my trading secrets that I’ve used to become a multi-millionaire, so you can amass a fast fortune for yourself. I’ll give you an easy-to-follow blueprint for grabbing super-quick cash payouts of $605… $822… $1,190… $2,830 every single week. Learn More

Everyone thought Tom Gentile was nuts for mining Bitcoin out of his garage. The tables have turned, and Tom became a cryptocurrency millionaire. Now, he’s focused on something he calls “microcurrencies,” which are small cryptocurrencies that most people have never heard of that have big profit potential. He believes investing in the right ones could make you even more money than owning Bitcoin in the early days, and he’s here to show you which ones to buy and which ones to avoid at the Alternative Wealth Network. Learn More

America’s #1 Pattern Trader, Tom Gentile, has just unveiled his new service, Microcurrency Trader, to show you how to capture the explosive potential of the best cryptocurrencies in the market. We’re talking exceptional historical gains of 1,000%, 10,000%, even 20,000%! Learn More

Tom Gentile scores big with the first of its kind for Money Map Press.
Tom Gentile’s Weekly Cash Clock gives you a weekly profit strategy that always gets you in on Monday and gets you out, with your profits, by Friday. Weekly Cash Clock crunches through billions of data points in millions of market channels – all to spot the unique market convergences that signal when certain stocks are about to shoot up dramatically in any given week. And Tom’s Weekly Cash Clock sets you up with the potential to capture gains of 100%…200%…up to 500% in just four days or less. Learn More

Vega Burst Trader is the culmination of more than a decade of creating and perfecting a technology that is able to comb through years of data to identify extremely predictable trades with specific entry and exit dates weeks in advance. After consulting a team of research analysts and literal rocket scientists, he developed an advanced system, BRUTUS, capable of identifying Vega Bursts, something a lot more predictable than stock price. Learn More

With Tom Gentile’s Rocket Wealth Initiative, you can earn big-cash payouts in less than 24 hours – and receive major discounts on the market’s top 100 blue chip stocks. This is is the single biggest wealth-building opportunity Tom has ever seen, and it may never exist again. Learn More

Tom’s twice weekly e-letter focuses on detailed strategies and instructions on trading for maximum gains using conservative moves on simple stock-only trades right through the most lucrative options trading plays that can easily triple your returns. Members to this service can access Tom’s latest research report “How to Double Your Money on the World’s Most Valuable Companies.”