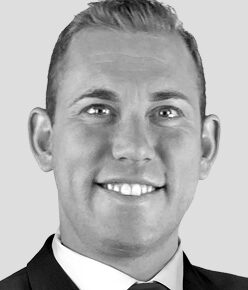 Andrew Keene is the world’s foremost expert on all things unusual options activity. Andrew got his start in the prestigious Botta Capital ‘clerk-to-trade’ program, and eventually went on to be one of the biggest market makers on the floor of the Chicago Board of Options.

After securing a massive fortune in two years – Andrew began to focus more on teaching every day Americans how to trade, giving them the freedom to truly transform their life and current circumstance.

But it still wasn’t enough.

And that’s where The 1450 Club research service was born.

Using the same trading techniques that helped build his fortune, he’s teaching people just like you how to score big in the market. And the best part?

You have the opportunity to join this movement, right now.

One Secret Can Profoundly Reshape Your Portfolio

If you’re focused on ways to grow and protect your money right now, you have to see what’s happening in Andrew Keene’s Live Trading Room. Folks are simply following his up-to-the-moment instructions… working just one hour a day… and getting a chance to grow their net worth exponentially.

What you get with a subscription to 1450 Club

Your average day on Wall Street – that’s how many stocks, ETFs, mutual funds, options contracts, and so on will trade hands.

It’s chaos. Transactions firing off and moving every which way.

And it’s the perfect cover for Wall Street insiders to make massive bets based on exclusive information.

Insiders trading, in other words.

We all know it’s happening. They’re playing by a different set of rules than the rest of us.

But amidst billions of transactions a day, there’s no way to the moves the big hedge funds are making.

There’s no pattern, no connection, no tell.

But what if there was?

If you could spot these moves as they happen, you could get in on the action – and make the same massive profits that once belonged only to the Wall Street elite.

S.C.A.N. is Andrew Keene’s proprietary algorithm. It crunches through the millions upon millions of seemingly unconnected trades…

Hunting for a small cluster that may, in fact, be connected.

To everybody else, these trades are lost in a sea of millions.

It detects when small groups of possible insiders make mysterious trades, shortly after the market opens.

And it reveals how you can take a tiny amount of money – hundreds of dollars at a time – to shadow these investors for massive profit potential.

As the creator of S.C.A.N., Andrew Keene knows better than anyone how powerful this is…

And he’s shown others similarly transformational results, all thanks to S.C.A.N.

Not everybody makes money, of course. There is always risk of loss in investing, and some people do lose money. That is just part of the game.

Now, Andrew is bringing the power of S.C.A.N. to a brand new audience as part of his breakthrough initiative: The 1450 Club.

The 1450 Club research service goes further than any other service out there to truly change the lives of its readers for the better.

If you spent decades working hard, playing by all the rules, and saving for the retirement you rightfully earned – but you came up short – this can transform your life.

If right now, you are tired of the monotony of daily life and still worrying about money – this can transform your life.

If you’re tired of other people being in control of your time and you want to take that control back – so you can spend more time with your family, friends, and living life on your own terms – this can transform your life.

These are no ordinary times we’re living in.

And to stay afloat, only the most extraordinary strategy is going to cut it.

That’s why you need to see this.

Because when you see how Andrew Keene has been issuing trade recommendations, you’ll be amazed you didn’t think of it first.

Four days a week, for one hour a day, all you have to do is follow a few simple cues in his Live Trading Room…

And with a couple of mouse clicks, our readers have been able to win in any market condition.

But that’s why there’s really no substitute for live, second-by-second trading…

Because no matter how quickly the markets start to move, Andrew is there to help guide you so you can profit.

And when you see how much this has paid off – and how quickly – we think you’ll agree there’s no comparison.

Go here so you can see how it works.

"Excellent insight from a former market maker at CBOE." — Robert Eastway
"275% in one day with $250 investment. I'm regaining the losses I made this year thanks to Mark!" — Daniel Bryant
"The gratitude I have right now is overflowing, for the first time in 10 years I feel a sense of safety and security knowing with the help from Profit Revolution I can have a second income without adding more hours of work to my day and taking precious time away from my little family. Words cannot describe how I am feeling in the moment. I just want to say thanks for your sharing your knowledge and talents. Thank you." — Teresa Turner
"This service allows me opportunity to do other things besides endless hours of research, knowing I have a professional doing the homework and making recommendations which are making me money! Cuts my time into a fraction of what I was spending before!" — Ellis Burroughs
"I made 111% in five days on an $88 investment. This service has helped me built more confidence in my trading strategy by defining the process and philosophy." — Sensei Candello
Read All Reviews