You know Tim Melvin as the eccentric, steak-and-whiskey-loving “buy right and do nothing” value fiend. (I’ve cast him as the quirky mad scientist in my Trading Today movie, currently in talks with several major studios.)

And you know that Tim’s buy and hold ethos serves him well — three of his four “boring, small bank picks” are already up since he recommended them. (You can check for yourself right here in the portfolio tracker.)

But you may not know everything about Tim. It turns out that I certainly don’t…

In my years of acquaintance with Tim – during which time I helped him build a strange, short-lived, baseball-themed investment product called “Heatseekers” – I have only ever known him to recommend a handful of options.

And when he did, he talked smack about them the entire time.

When he condescended to offer a handful of longer-term options, he said things like “I’ve used these strategies over the years to make a few bucks… Most of these trades will still be very low probability events… Most of the trades will be losers.”

I’d given up on asking him for options in “Trading Today.” I just assumed it was a non-starter, and rolled with the small banks as a nice change of pace.

THEN, OUT OF THE BLUE, HE SENT ME THIS.

Not only is this an option, it’s an option on a stock that Tim describes as a “potential ten-bagger.” Which would make the option a potential, I don’t know, hundred-bagger? I’m too floored to do math.

(Also, in case you were wondering, we got our door lock situation sorted yesterday. My father-in-law came over with some weird little tools like miniature ice picks and showed us how to break into our own house. We’re good now.)

Once you make this extraordinary trade, you’ll be good too. More than good – Excellent.

Before I get into any of this, I have to give you one last very important piece of relationship advice: the time and stress that you spend on dancing lessons before your wedding is a complete waste of money and energy. Your first dance will suck. You will have paid hundreds of dollars to forget how to tango.

Not only this, but — towards the end of the process — when you skip dance lessons and start to hide from the dance studio because you are too stressed and embarrassed to come in, THEY WILL CALL YOU. The Arthur Murray Dance Studio will hunt you down like a dog.

“Are you AWARE that you guys had a lesson tonight?!” You can hear the Psycho violins in the background. It’s creepy.

Basically, it’s a political marriage between two oil-and-gas titans that’s expected to close as an all-stock transaction sometime in Q4 of this year. The new post-merger company will get its own fresh name and stock ticker on the NYSE. The suspense mounts!

“John Goff is a big part of the story,” Tim said. “He worked with Richard Rainwater, a legendary investor and deal maker.” I had to look up John Goff, a private investor who manages $4 billion in assets, real estate debt, and equity, whose credentials are of course impeccable, and who, as Contango’s largest shareholder, will serve as Chairman of the Board of the new company.

(I often wonder just how difficult it must be to explain to your relatives at Thanksgiving what you do as a “private investor.” There’s always got to be at least one deaf uncle who thinks you’re a P.I.)

MCF is up a bit year-over-year, though it’s pulled back a bit from recent highs — likely, something to do with America’s waffling over whether or not to release barrels of extra oil from our secret salt caverns. (I first found out about the Strategic Petroleum Reserve as a youngster and was utterly fascinated with it.) 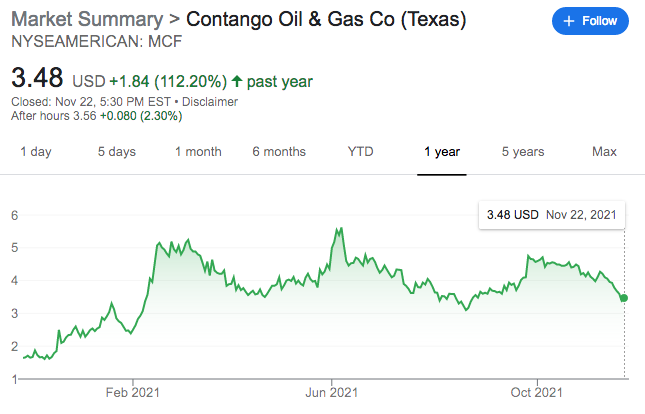 I asked Tim if KKR, the parent company for the “Independence” half of the merger, was a buy too, and he said “yes, long-term, but the merger won’t help it right away.” Contango says the new business will be “positioned to be KKR’s principal upstream oil & gas investment platform going forward and managed day-to-day by KKR’s Energy Real Assets team,” so that’s nice going forwards.

For now, though, the fast ten-bagger – what is this? Tim Melvin and fast? – is KKR stock, and then, unbelievably, KKR options.

I couldn’t believe it either, and yet it’s true (I think). I half expect Tim to pop out and say, “You’re on a hidden camera magic TV show – this is the Carbonaro Effect.”

While Dollar Slots is, drumroll… THE OPTION.

I’ve classified this as Dollar Slots, even though it’s so cheap, because it comes with the caveat that it’s very illiquid. Can’t have everything, I suppose.

Get a good look at this, ladies and gentlemen, because you may never see it again….

As a celebration of this extraordinary event, I leave you with this picture of me and my HUSBAND royally messing up our first dance and not caring. 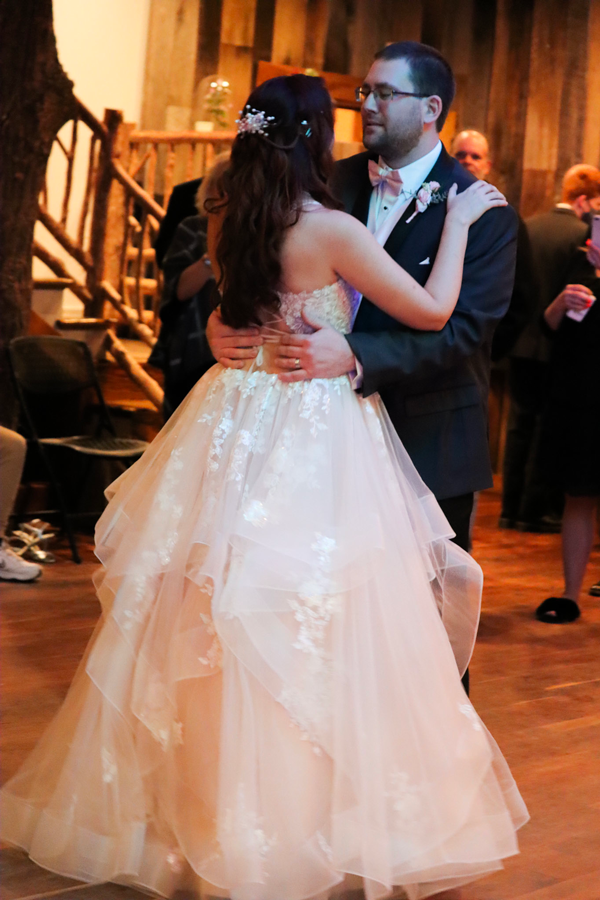 Truly a waste of money, those lessons. And, thanks to our legal policies, I can’t even get in on this TEN-BAGGER to recoup it.

I’ll be back tomorrow with a CJ play for our Thanksgiving pre-game.